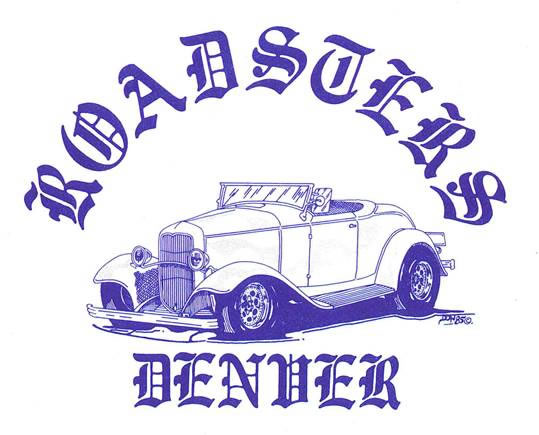 The Denver Roadster Club was formed in 1965, started by 5 guys building and fixing their roadsters, and then going for ice cream. The five original members were Vern Holmes, Frank Liston, Gary McClellan, Jack Richards, and Jack Stamper, and today two of the five are still alive and active in the club.  In 2012, founding member Jack Richards was posthumously inducted into Colorado Motor Sports Hall of Fame. Roadster club members have some of the finest modern and original hot rods from the 30’s 40’s, 50’s and 60’s. These cars cover the entire hot rod experience: stock, slightly and highly modified, drag and dry lake racing capable and nostalgic restoration and recreation of early roadsters. Roadsters are defined without roll-up side windows and must have a roadster cowl. The Denver Roadster club is dedicated to the preservation of open street roadsters, which are the foundation of hot rodding, and to promote safety and good fellowship. The club membership now includes 39 members. In September 2015, the club celebrated its fiftieth anniversary as a continuous Denver-area car club with a big picnic and more ice cream!  Looking forward, the club intends to enjoy, promote and preserve roadsters and street rodding for future generations.