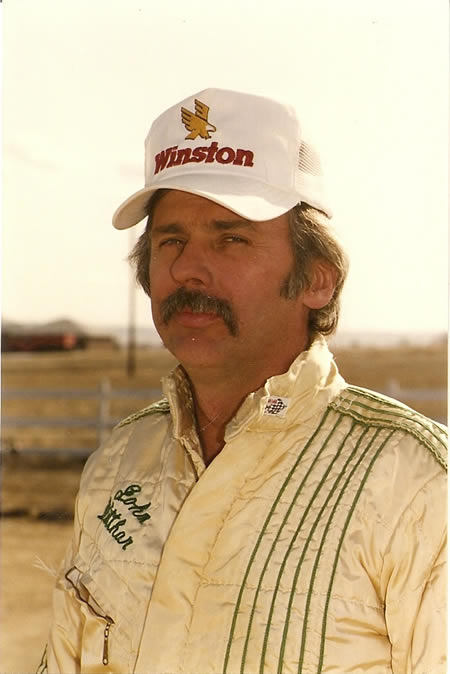 John Witthar started building roll cages for race cars in the ‘60’s. He has been associated with Howe racing building chassis for both dirt and asphalt cars since 1979. Although he won over 100 main events in his career, he never won a championship but said many times that was OK because he had always raced with champions. This man has been involved with Colorado oval tracks and racing itself for 21 years and was named to the Colorado National Speedway Ring of Fame in 2008. He said he will always have the biggest family ever because he was always part of the racing community.

During his career he worked with Paul Garrison, Butch Speicher, Roland Johns, and many others. He was born in Goodland, Kansas, and started to race with his father who drove a 32 coupe in the ‘50’s. In 1959, he moved to East Lake, Colorado, and began competing at both Lakeside and Englewood Speedways and moved to Colorado National Speedway when it opened in 1965. In 1969, he was drafted into the military service and returned to CNS in 1971 and worked with Paul Garrison’s Late Model which won Rookie of the Year title that same year. Racing fulltime, he competed in Nebraska, Iowa, the Dakotas, New Mexico and California. He got into selling racing tires and parts with Larry Dechant in the late ‘70’s, and becoming a Hoosier Tire distributor. He still oversees CNS’s tire program. You can expect to see him most any night there is a race close to Denver. This gentleman has helped out hundreds of car owners as well as track owners during his career and continues to do so today.