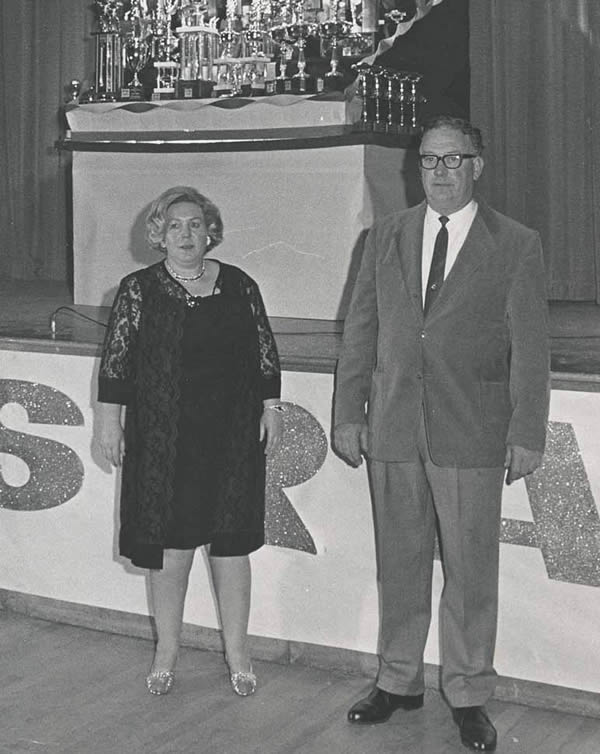 Gene Heffley moved to Denver from Missouri Valley, Iowa in 1957, after serving five years in the military. In 1951, he met and married his wife Gerda. They started a trucking company and had two daughters, Helen and Patti. By 1960 this couple was operating four trucks. A year later he began to operate a salvage business in the Denver metropolitan area and sold parts to two individuals that were building race cars. When one could not pay for the parts, they ended up with the race car. With some help from some friends, Harry McCool and Bart Manley, they ran the #70 car at Lakeside Speedway. That is when he really got hooked.

In 1964, one of their drivers was Hall of Famer, Sam Sauer. Later that year they all went to a big race at Hanford, California. It was the first time they had seen a real late model race and he and Gerda decided to build a speedway designed car for late models. But that was just part of the story. In 1965, using the money from their trucking company they purchased an 80 acre parcel of farmland. On that site they designed and built a speedway, and called it Colorado National Speedway. They worked every day possible mid-year until the track was able to run a very short season. In 1966, they raced a full season with the idea of making racing possible for anybody that wanted to participate. The track had four foot retaining walls for the safety of spectators and they continued to make improvements both on and off the track. During the years they added motorcycles, sprint cars and midgets to their racing program. In 1972, after Gene was diagnosed with cancer, they decided it would be best to sell Colorado National Speedway. They were truly pioneers in short track dirt racing.