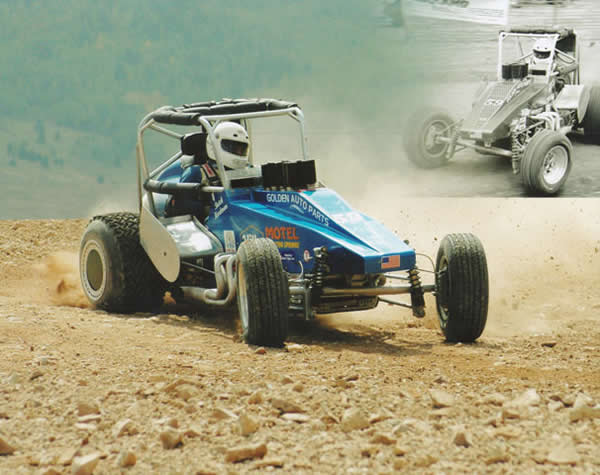 Butch Hardman began his racing career in 1959, when he was involved with drag racing, as well as midgets and sprint cars, at various tracks. In 1966, he competed in his first Pikes Peak Hillclimb, driving a lengthened sprint car in the Champ Car division. He has since participated in 36 Pikes Peak Hillclimb races, competing in Champ Car, Stock Car, and Open Wheel divisions. He is one of a select few drivers to race to the summit, return by helicopter to the starting line and race a second car to the top to receive the checkered flag in two divisions. In 1987, he repeated the feat in the Grand Junction Lands End Hillclimb. Butch participated in the Colorado Hill Climb Association from 1971 to 2009, building four championship division cars, all of which have won races, set records and captured championships in the CHCA. His love is not only to drive, but also build safe and fast cars. While winning 23 championships and setting 20 records in various hill climb courses, he has been helpful to many competitors in all aspects of racing. Since 2006, he has helped his son, Brian, compete in Hillclimb and Sprint Car racing. Butch Hardman’s outstanding career represents a high point in Colorado Motorsports history.