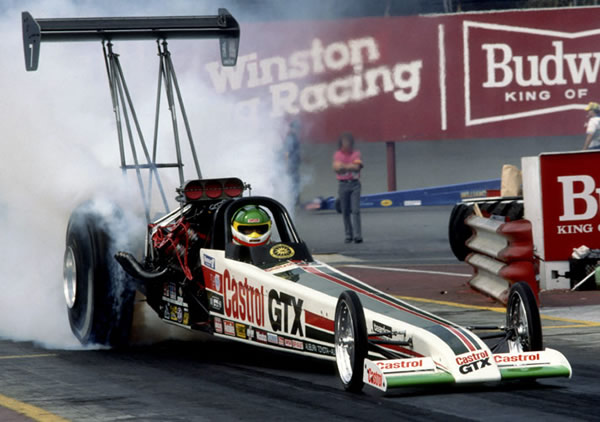 Lee Beard recently retired as one of the most successful crew chiefs in the History of NHRA drag racing.  A Pueblo native, Lee enjoyed a career that spanned 35 years and included 55 National Event wins in Top Fuel and Funny Car classes.  His first win as a crew chief was in 1980 at Bandimere Speedway High Nationals.

A few of his career highlights include being crew chief for 1989 NHRA Top Fuel World Champions Gary Ormsby, and serving as team manager for 2008 NHRA Top Fuel World Champion Tony Schumacher.  Lee also won the U.S. Nationals in Indianapolis with drivers Ed McCulloch, Cory McClenathan, and Whit Bazemore.  Lee was recognized for his success by being named Car Craft Magazine Crew Chief of the year, and 1989 Person of the Year.  An NBC Documentary, “Hidden Heros”, highlighted his story.

During his remarkable career, Lee’s cars have set numerous National records in both Funny Car and Top Fuel classes, and have won Mile High National titles with Cruz Pedregon in Funny Car and Hot Rod Fuller in Top Fuel divisions.  He is the only crew chief in NHRA history to win titles in those divisions with 12 different drivers.  He truly is one of the most successful drag racers to hail from Colorado!