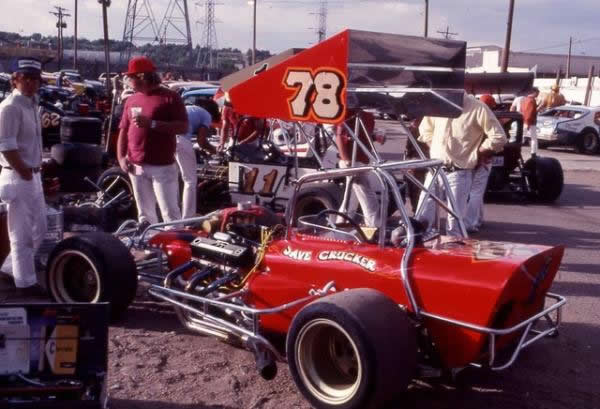 Dave Crocker began racing in 1967 and soon realized he had a special talent behind the wheel. He quickly began winning races and in 1975 and 1976 Dave won supermodified season championships at Englewood Speedway in his famous number “78.” He was so dominant during that time that he won one race in which he lapped every other car in the field. After the 1976 season, Crocker raced midgets for Dick Baty. He also competed in sprint cars on the dirt at Colorado National Speedway.