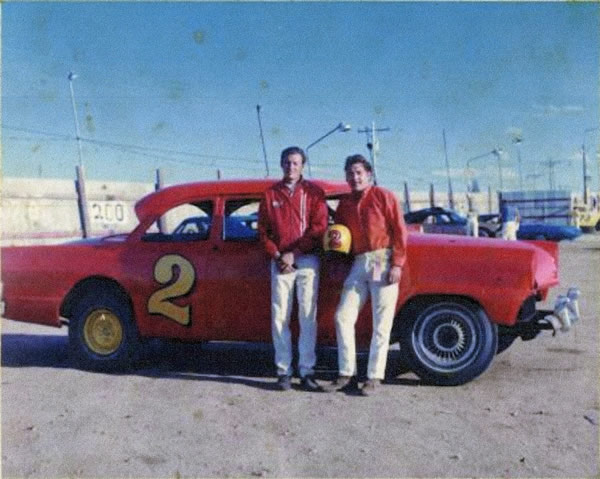 Unlike other racing champions, Darrell Smith didn’t come from a racing family background. Fresh out of High School, and with the encouragement of Hall of Fame Member Wayne Etter, Darrell tried Drag Racing and found it wasn’t his cup of tea. After serving in the Army from 1960 to 1963, he visited Englewood Speedway with his friend Bill Schouten to watch the Figure 8’s, and he fell in love with this type of racing. Two weeks later he built his first Figure 8 car, with which he earned just $5.00 for the season.  After this not-so-impressive start, Darrell’s passion for figure-8 racing pushed him to become a top car owner, builder, sponsor, crew chief, driver and award winner while competing at Englewood Speedway, Lakeside Speedway, Rocky Mountain Speedway, I-76 Speedway, Colorado National Speedway, Pikes Peak International Speedway, Century 21, Continental Divide Raceway, Colorado Springs International Speedway, I-25 Speedway and Colorado Motor Sports Park, as well as many tracks out of state.

Throughout Darrelll’s career, his crew members were his family and friends that became like family, and three of Darrell’s crew members have won Gold Wrench Awards. Darrell has participated in many special events to support racing, and has enjoyed a 45 year racing career with near perfect attendance of weekly programs. He is always quick to help someone in need, and has always seemed to have a line of people at his trailer borrowing parts during a lifetime of competition. Darrell passed away September 2018.