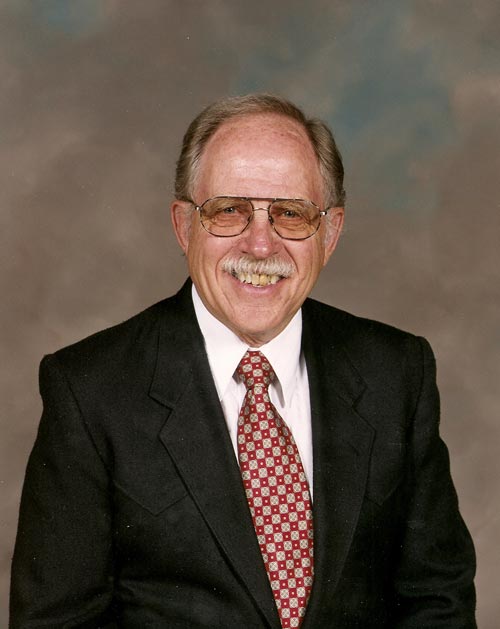 Jerry Van Dyke was born in Denver, Colorado, in 1934 and never lived anywhere else. His uncle took him to a midget race at Lakeside Speedway in 1946, and he was hooked on racing. His hero became Johnny Tolan. He sat in the bleachers on the south east side of the track with a number of other young fans, several of whom he knows to this day. All of a sudden, the midget association opened their pits to those 16 and over. Thrilled to be in the pits and working on cars, his desire was to become a famous midget car driver. But that was not meant to be. He then decided to race jalopies at Lakeside Speedway for owner Charlie Wisherd. Driving was not to be his life long career.

He bought a late model, encouraged by Wisherd, and ran it on the first Colorado late model circuit. He drove the car along with Hall of Famer Sonny Coleman and Jerry Malloy and the machine had some success on the track under all three drivers. However, he would find himself heading another direction as far as racing was concerned. He did marketing and advertising work at CDR (where he first announced), Englewood Speedway, Colorado National Speedway, Rocky Mountain National Speedway, and Pikes Peak International Raceway. He announced at all of these tracks and several others over the span of a career lasting nearly 50 years. At Pikes Peak International Raceway he interviewed all of the IRL stars and most of the up and coming NASCAR Sprint Cup stars.

He was involved in advertising agency ownership for over 40 years and his agency merged with the Sam Lusky agency and formed the largest advertising agency in Denver for 4 of the 8 years he was there. He then formed a smaller agency which he ran up until his death in 2009. He performed in the Denver Post Operas from his teen to young adult years. He competed in Scottish games and announced them for nearly 20 years. He once performed in a Broadway play that came to Central City. This was a man that ate, breathed, and drank racing. His love for all types of motor sports was his real passion.

Jerry, who passed away in 2009, should also be remembered for being one of the founders of the Colorado Motorsports Hall of Fame and the individual who brought the organization back to life in 2004 after a 24-year absence.