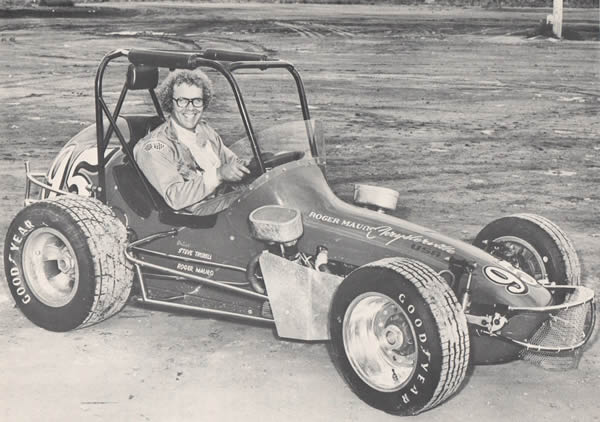 Steve Troxell was born in 1942 in Kansas City, Missouri. He began his racing career in 1963, driving a Solar chassis midget. He won his first main event in 1965 and his first Championship with the Rocky Mountain Midget Racing Association in 1966. He went on to win a second RMMRA title in 1973. Steve is credited with 28 RMMRA wins, which is 17th on the all-time club history win list. Steve competed in Sprint cars, winning the 1974 BCRA National Championship in a team with Glen Slocum that many consider to be one of the best combinations in BCRA history. Steve was inducted into the BCRA Hall of Fame in 2010. While driving for several distinguished car owners, including Harry Conklin and Richard Kaylor, Steve Troxell’s record includes numerous wins, track records, and titles. He is considered to be one of the most competitive and accomplished open-wheel racing drivers to compete in the Rocky Mountain region.