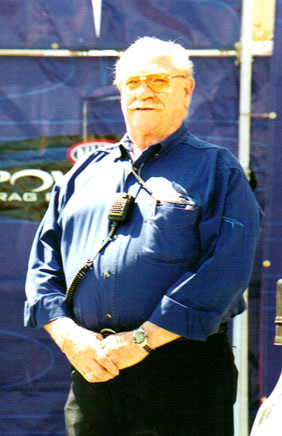 Darrell Zimmerman ran in the A Gas Dragster and A Dragster classes, winning 176 trophies and 26 top eliminator awards, while setting 22 track records during his career. He helped form the West Central Drag Association that was the forerunner of the National Hot Rod Association’s West Central Division. In 1961, he became the Director of the NHRA West Central Division, a post held until his retirement in 1995. The division covered nine states and Manitoba, Canada. Darrell has helped develop many noted drag strips and NHRA events.