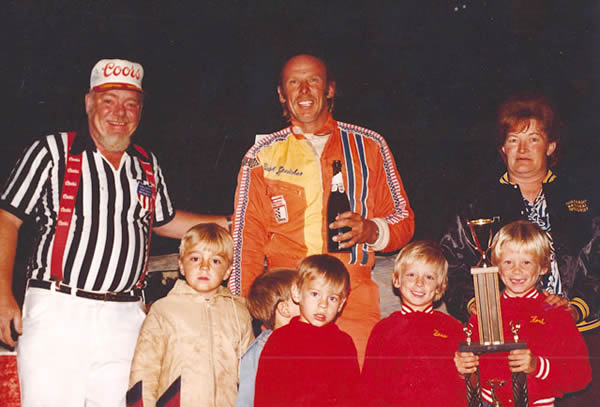 Butch Speicher was born in 1942. Growing up near old Lakeside Speedway in north Denver, Butch grew to love racing. In 1966, he built a ’55 Chevy stock car and began his racing career. His “lucky red” race car, #73, changed often through the years as his natural talent for racing developed rapidly, advancing him to the fastest and most competitive racing in Colorado, the late model division.

Butch’s passion for racing motivated him to purchase a race track located in Fort Morgan, Colorado in 1989. He immediately changed the name to I-76 Speedway and totally renovated the entire grounds. As track owner and operator, Butch now has a very successful racing facility hosting six racing divisions weekly, a winter enduro series and special events throughout the season.